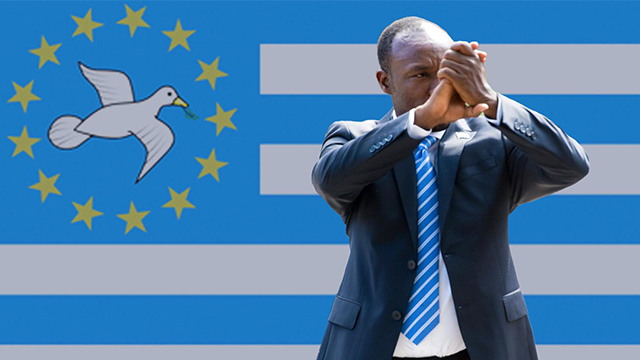 Happy Sunday and Happy Resistance against the one enemy whom we must destroy if we are ever to live in Peace. Events in the last few days have made us proud.

Primarily, shalom to General No Pity for taking the battle to the enemy, stopping them from bringing mourning to our country, and telling them in no mistaken terms that there is no hiding place to anyone or groups of persons who enable, conspire, and fight to maintain the rule of a foreign murderous political system in our country. Secondly, as if that was not enough, the 7 kata warriors informed the enemy that setting up roadblocks in Ambazonia is a death sentence. I, therefore, thank them for making the land hostile to enemies. Thirdly, I also thank Commanders of the Ambazonia Defense Forces of the Lebialem and Momo brigades for ensuring that the law of the land is respected in Allou, Lebialem. Fourthly, in Mezam, our special counterintelligence unit nabbed an enemy BIR officer, but we lost three men in Chomba. We, therefore, salute the bravery of our Mezam forces, including the Kwifons and all the Warriors all over Ambazonia for ensuring that Independence means Independence. The enemy cannot be allowed to clear our trash. This is one small victory in Mezam and a giant leap for Ambazonia's Sovereignty.

In Manyu, our preliminary investigations on the burning of the hospital point to Cameroun. Cameroun has demonstrated that it can kill priests, murder children, burn thousands of villages, expel the MSF, hinder humanitarian aid from reaching the needy, arrest and detain medical practitioners and burn down medical facilities in its desperate attempt to prevent our forces from getting treatment. Unfortunately, they have never been held accountable for any of the crimes they have committed against our people or their own people. Consequently, impunity has not only become normalized, but it has been rewarded.

We want to make it abundantly clear that by attempting to draw moral equivalence on infractions by Ambazonian forces with state crimes sanctioned by state actors and pursued as a matter of a broad policy of ethnic cleansing, the world has inadvertently rewarded Cameroun. Ambazonia demands accountability; hence we will adopt the Rwandan and Israeli accountability models.

Willful blindness to the suffering of Ambazonians on baseless fabricated excuses is cheap, dodgy, and opportunistic. Many have exploited our resistance to project themselves and their institutions. Talk show hosts, journalists, and news outlets driven by fear and opportunism have failed woefully to take a stand on the side of Nationalism and Justice. Instead, they have pandered and propagated the cheap unsustainable narrative of the occupier against the interests of their own people. According to them, they are being neutral. Neutrality in the face of genocide is siding with Yaounde. The Guardian Post, The Post Newspaper, Mimi Mefo, The Weekly Post, and The Herald have continued to describe us as a geographic region of Cameroon, negating all reality in Law and Legitimacy. These media outlets have continued to strengthen Cameroun, thereby failing to be frank, bold, and courageous. Where those who have not been long in school and poor have rose up against an army, intellectuals have blinked in submission, whereas General Ivo roared like a Lion in his homeland. Seasoned journalists of The Guardian Post and its counterparts whispered in submission to tyranny and oppression. We are taking notes. At a time when the oppressed needed all their assets to take a stand against colonialism, annexation, and genocide in order to guarantee Justice and Freedom, most Ambazonia journalists, lawyers, pastors, and Intellectuals stood for the enemies. This is War. We will fight it until Ambazonia is freed.

On the 14th and 15th, Ambazonians and Biafrans assemble in Brussels to demand accountability and continue to raise awareness on the murderous trajectories of the occupation of their countries. Never doubt the outcome of our strides. The sun rose over our Nations.